All the elements in Scarlatti's music that have passed the review so far are united in Scarlatti's late style to form a symbiosis of absolute music. It was not easy to choose a sonata representative of the late period. Ultimately, the choice fell on K405 because this sonata combines all the specific elements that are typical of Scarlatti's music. First of all, however, we should point out another sonata that looks into the future: K466, click here for the score - almost a Chopin nocturne! At least a forerunner, a premonition of romanticism. It is claimed by music theory and some biographers that the Irish composer John Field was the creator of the nocturnes and that Chopin far surpassed him because of his genius. This sonata proves that Scarlatti deserves this honor and that Scarlatti has already far surpassed John Field as a prophylactic. 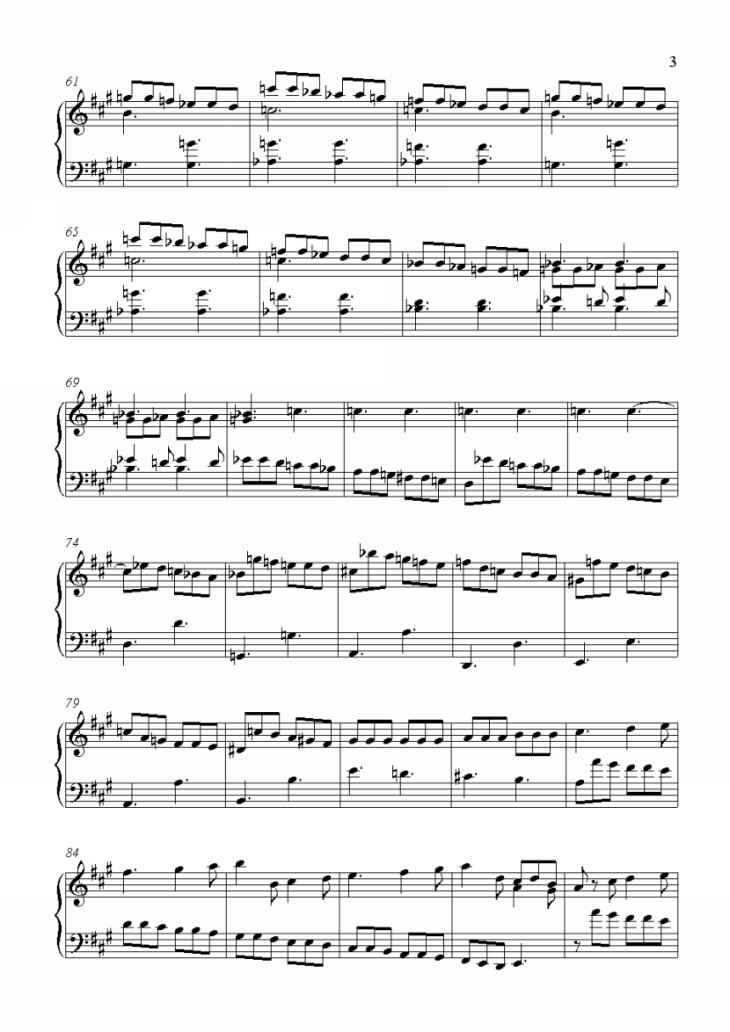 A seven-bar sequence begins in bar 22, which is already largely modulating, namely via E major, F sharp major, G sharp minor, A major, B major, C sharp minor, and A major. Scarlatti's mastery also consists in the fact that the following periods are shortened by one measure each. From measure 29 six measures, from measure 35 five measures, from measure 40 four measures and then the obligatory final measure. In the second part of the sonata there are perhaps the most extensive modulations that Scarlatti has ever written. The most distant key of the basic key A major, namely E flat major, forms a point of rest in bars 68 and 69. The ingenious way in which this E flat major was achieved is a chapter in itself. The key of G is reached via E minor, B minor and A minor. This is where the Spanish gypsy scale begins. Tonally, this belongs to C minor. The parallel key is E flat major, which is reached by the unexpectedly appearing dominant on B flat. The modulation that leads back to the basic key of A major is just as simple as it is ingenious. The problem is solved in the most elegant way via G minor, D minor and A minor, which is transformed into A major. The keys mentioned do not appear in the tonic form, but everything runs through their dominants. This maintains a harmonic tension that is only resolved in A major. Scarlatti is the revolutionary for his time because of such musical procedures. Similar structures can be found in the work of his contemporaries Bach and certainly not in Handel.